It's all included with Silversea. Yes, that’s right. Everything.
Door-to-Door and Port-to-Port fares are extended until 11th December, 2022.
Prices will increase on December 12th, 2022, but may do so even before subject to availability.

It’s the only country in the world that covers an entire continent. It is one of the largest countries on Earth. And, despite a third of Australia being desert, it is one of the most fertile and richest places on the planet. Join us as we travel from Cairns down the east of this immense island, stopping in at Gold Coast hotspots along the way. We’ll be enjoying destinations such as Mooloolaba, Newcastle, Melbourne, Adelaide and Kangaroo Island to name just a few along the way.

Australia
Arrival 07:00
The excursions are provided as a sample of what may be offered on this voyage and are subject to change. We are constantly updating our shore excursion programme with immersive and authentic experiences, so please do not hesitate to review your tour programme choice closer to your sail date. We invite guests to visit my.silversea.com for the most updated information.

Silversea's oceanview suites are some of the most spacious in luxury cruising. All include the services of a butler thanks to the highest service ratio at sea and almost all have a private teak veranda so that you can breathe in the fresh sea air by merely stepping outside your door. Select your suite and Request a Quote - guests who book early are rewarded with the best fares and ability to select their desired suite.

Introducing Silver Nova – the eleventh ship to join our fleet. Our newest vessel will join us in summer 2023, and will be a home away from home for up to 728 guests. Silver Nova’s innovative asymmetrical design introduces the world like never before, offering an immersive destination experience to our guests. With a gross tonnage of 54,700 tons she will offer a space to guest ratio of 75 GRT-per-passenger becoming one of the most spacious cruise ships ever built. What’s more, Silver Nova will be our most environmentally friendly and thanks to her ground breaking technological solutions, she will propel Silversea into a new era of sustainable cruising. It’s the Nova way to travel.

Enjoy destination-inspired menus, including the Terrain menu, which offers recipes and flavours specific to the port visited, and the Voyage menu, which draws inspiration from the best flavours of the voyage.

France’s haute cuisine is not world-famous for nothing! La Dame is a classy, contemporary, fine dining restaurant that is more beautiful and luxurious than ever.

The cuisine of the Land of the Rising Sun might be the speciality, but if you are craving Asian flavours then Kaiseki aboard Silver Nova extends its menu to include other Asian specialties such as Vietnamese, Thai, Indian, Korean and Chinese.

Where do you go if you want great food and a brilliant atmosphere in a relaxed and sophisticated setting? Silver Note of course!

Nothing says Italy quite as well as a hot, fresh pizza. Spaccanapoli is a slice of Naples, where you’ll taste deliciously thin, freshly made pizzas, topped with creamy mozzarella and minimalist toppings.

Enjoy a reimagined space where you can relax, refresh and rejuvenate on decks 10 and 11. Ample sunbeds for everyone, more space than ever before and the largest pool in the fleet.

With an emphasis on the destination, panoramic views connects you with the world beyond on The Dusk Bar. This superb open-air sky bar provides plenty of space for guests to enjoy a pre or post dinner drink.

The Marquee incorporates both The Grill and Spaccanapoli—two of Silversea’s existing signature venues, which offer guests our trademark ‘hot rocks’ culinary concept as well as what are surely the best pizzas at sea.

The Arts Café offers a cultural setting for eating, drinking and socialising, as well as a chance to lose yourself while reading up on all your favourite artists and art.
1 of 4 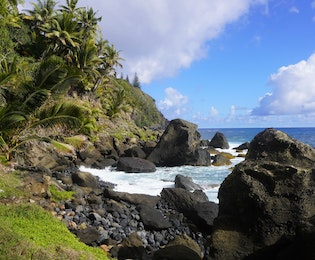 How to Choose Your Cruise: South Pacific 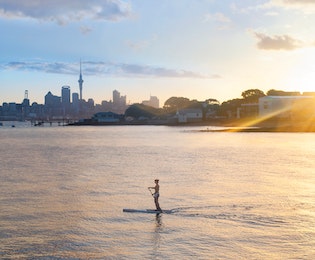 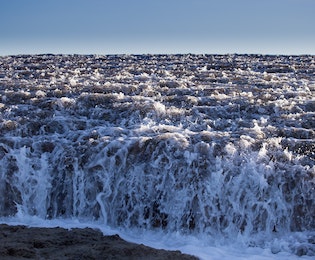 In the Kimberley, the Montgomery Reef Rides with the Tide 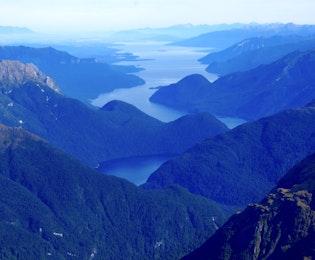