St. Petersburg. Stockholm. Copenhagen. Helsinki. Tallinn … These fab five trip off the tongue like a who’s who of Baltic beauty.

Think cobbled streets filled with jumbles of bicycles, ornate palaces that date back centuries and untamed beauty as far as the eye can see. Think long white nights that spill into languid summer days. Think melting pot: equal parts language, gastronomy, tradition and diversity. But more than anything, think of a region where the countries may be close but the cultures a miles apart. Whether you want cathedrals or countryside, our Baltic sea cruises will captivate you.

The Kingdom of Denmark is the geographical link between Scandinavia and Europe. Half-timber villages and tidy farms rub shoulders with towns and a few cities, where pedestrians set the pace, not traffic. In the capital, Copenhagen—København in Danish— parents safely park baby carriages outside bakeries while outdoor cafés fill with cappuccino-sippers, and locals pedal to work in lanes thick with bicycle traffic

Commissioned by Tsar Peter the Great (1672–1725) as "a window looking into Europe," St. Petersburg is a planned city whose elegance is reminiscent of Europe's most alluring capitals. Little wonder it's the darling of fashion photographers and travel essayists today: built on more than a hundred islands in the Neva Delta linked by canals and arched bridges, it was called the "Venice of the North" by Goethe, and its stately embankments are reminiscent of those in Paris.

Stockholm is a city in the flush of its second youth. In the last 15 years, Sweden's capital has emerged from its cold, Nordic shadow to take the stage as a truly international city. What started with entry into the European Union in 1995, gained pace with the extraordinary IT boom of the late 1990s, and solidified with the hedge fund invasion of the mid-nineties continues today.

If you like majestic open spaces, fine architecture, and courteous locals, Finland is for you. Mother Nature dictates life in this Nordic land, where winter brings perpetual darkness, and summer, perpetual light. Crystal clear streams run through vast forests lighted by the midnight sun, and reindeer roam free. Fill your lungs with fresh, fresh air and enjoy everything this lovely city has to offer.

Estonia's history is sprinkled liberally with long stretches of foreign domination, beginning in 1219 with the Danes, followed without interruption by the Germans, Swedes, and Russians. Only after World War I, with Russia in revolutionary wreckage, was Estonia able to declare its independence. Shortly before World War II, in 1940, that independence was usurped by the Soviets, who proceeded to suppress all forms of national Estonian pride for the next 50 years.
1 of 5

A Baltic sea luxury cruise is a chance to indulge yourself. And our ocean view suites do just that! A spacious veranda for al fresco dining, a huge interactive media library, different mattress and pillow options, choice of bath products … the list goes on and on (it’s a very long list!). From the urban hub of Copenhagen to the pretty port of Tallinn, wake up to splendid ocean view, ready for your next day’s adventure.

Every Silversea suite comes with a personal butler to make your Baltic sea cruise with us effortless. To pour your champagne as you glide past the palaces of St. Petersburg. To serve you an alfresco dinner on your private veranda as you gaze at Tallinn’s receding shores. To ensure that your suite is immaculate, to pack (and unpack) your luggage

Our intimate ships offer the best onboard experience there is, with nothing to add at the end of the journey. Yes, that’s right, no gratuities, no drinks bill, no transportation into town costs, no gym class extras … coupled with our perfect personal service, there is literally no better way to sail.

Every country has its own cuisine and what better way to experience the diversity of a region often overlook in gastronomy terms than to taste it! In a region that is so incredibly eclectic, a Baltic sea cruise is the perfect opportunity for you to discover the soft cheeses flavoured with caraway seeds of Estonia, the locally brewed beers of Denmark and the Pirozkhi of Russia. Wash it all down with a glass of vodka and your immersion into the culture is complete. 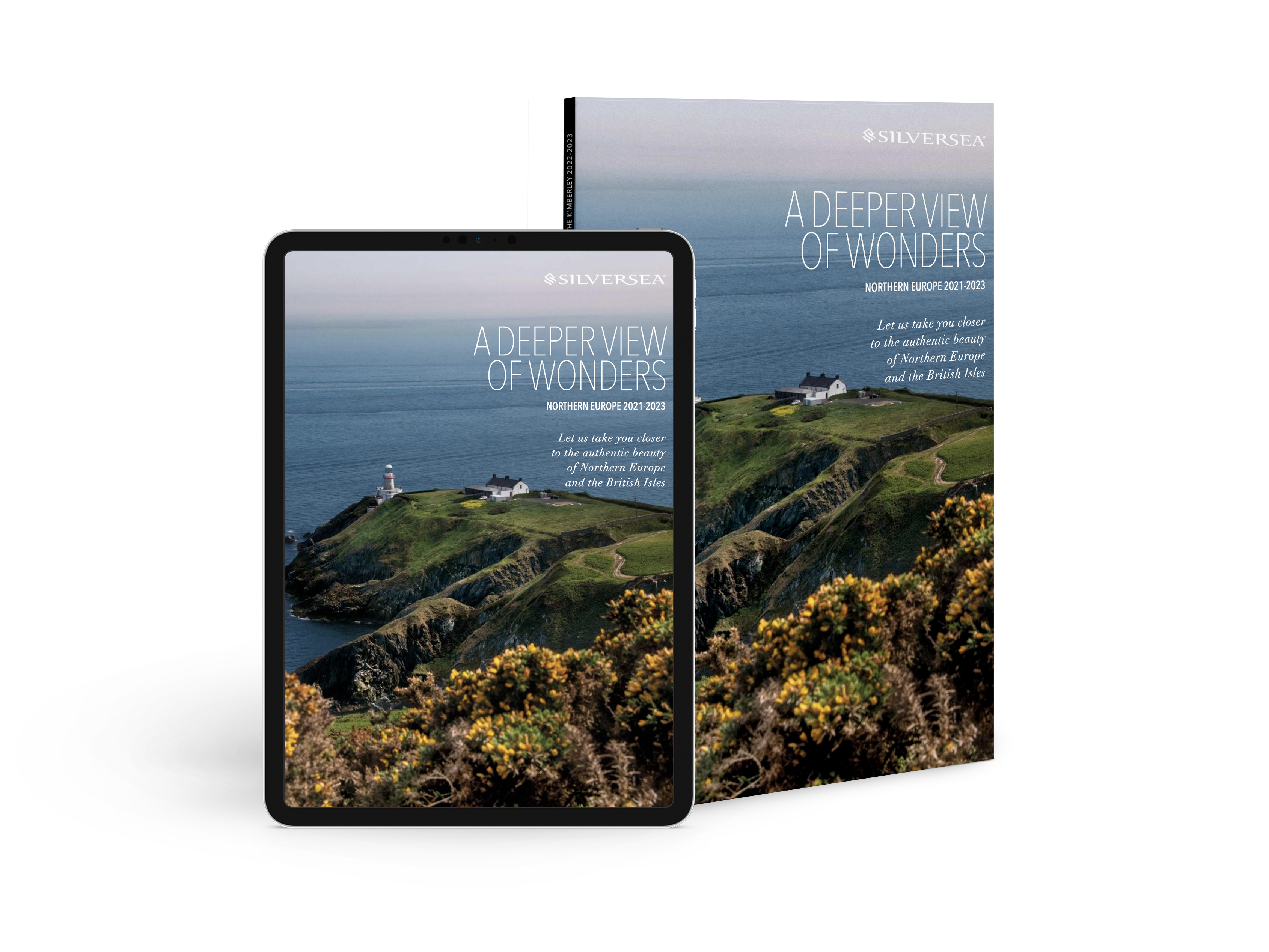 If you are looking for a voyage that combines cultural charm with rugged mountains, world-class gastronomy with cutting edge design, then look no further than Northern Europe and the British Isles! Download our regional brochure today!